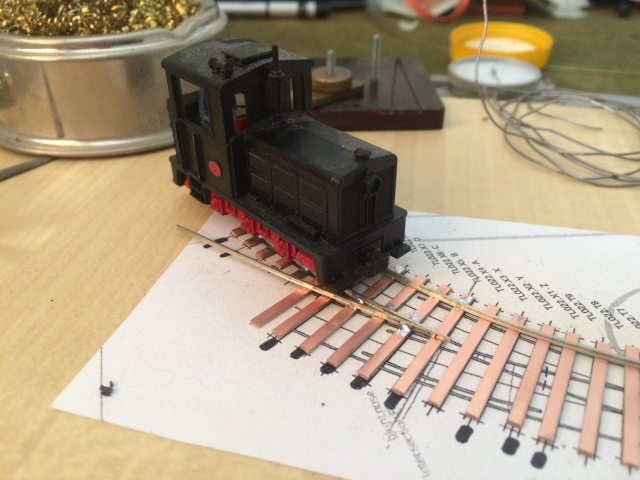 Finally found a moment to burn some metal and get started again on first switch. This being N Scale the question was how was I going to gauge this. Well time to break out the trusty callipers, not the digital ones this time as they have plastic prongs and not good at holding a finger singeing rail to gauge but got old fashioned analogue. I tend to use my 2FS gauges to start off soldering first rail to keep it vertical then move to the callipers.

So I started out working on the frog, yes I know that this is not the prescribed method but I am just messing around with ways to build as it’s been some time since I built handlaid switches, but it’s always good to tryout new even if you get it wrong.

Speaking of getting it wrong I forgot to file out the blade pocket on the stock rail again just rustiness but at this size and gauge it shouldn’t be too much of an issue and I can always take a file to it later if needs be.