It has been over a year since I visited the SVR for it’s annual autumn steam gala with my friends and again we took the walk through the xx country park ending up at Hampton Loade where we watched trains and ate cake. The was a star studded cast of locos with Britannia in the leading roll. There was also Royal Scott and the recently rebuilt J22 amongst others.

It was a beautiful autumnal day with distant whistles and the exhaust bark that could be heard up and down the Seven Valley.

Many photos were taken for reference such as tress and the general landscape in wonderful autumn colours. As I’m away from home I am absolving myself from 15minutes as I’m doing prototype reseach. I’ll post a short video once I’m home of locos going past! 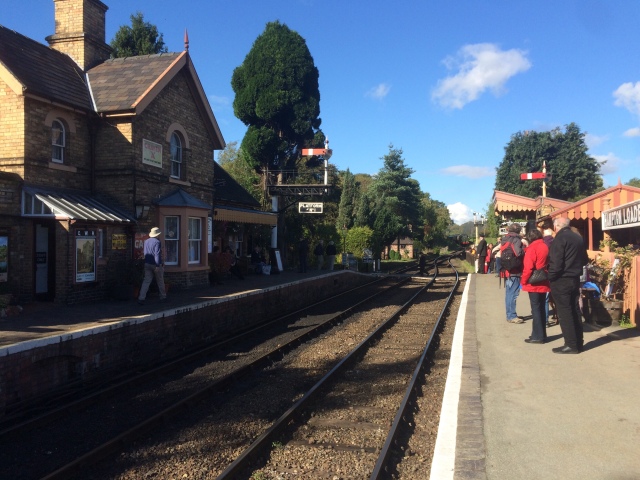